Silicone and rope, produce a new type of waterproof skin. Regen means rain in Dutch and is a project that Wendy Andreu has been working on for years, since her degree dissertation in 2016, developing a technique in which mould is one of the crucial elements. A rotating metal mould “machine” forms the basis for each shape. A rope is then rolled around it by hand followed by a silicone used to compact the web of strands. The final object is created by turning over this skin, shaped on the mould/machine, that becomes a container for polystyrene and down, resulting in seats and poufs of various shapes. Each mould/machine can produce a series. Each one being unique thanks to the varying relationship created between rope and silicone. Andreu also works in two dimensions, creating rugs with a combination of materials. For FAR, she is developing a new version of her process that creates a camouflage effect from the intertwining of the strands, making the boundary between objects disappear. The pouf and rug, one on top of the other, mix their skins, and the whole creates a fascinating new domestic organism, which grows like a parasite from the floor, upwards and sideways, potentially disproportionately. 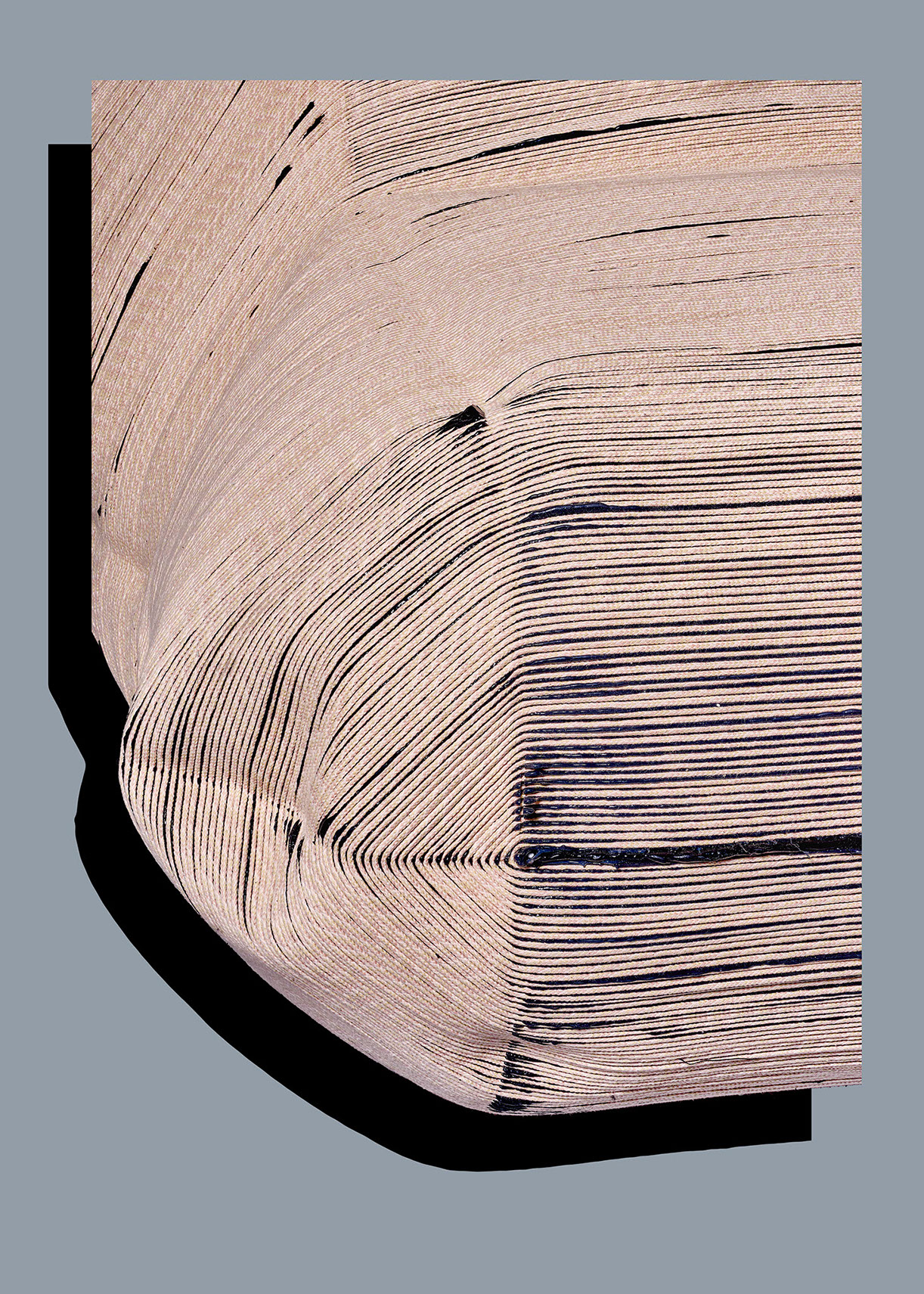 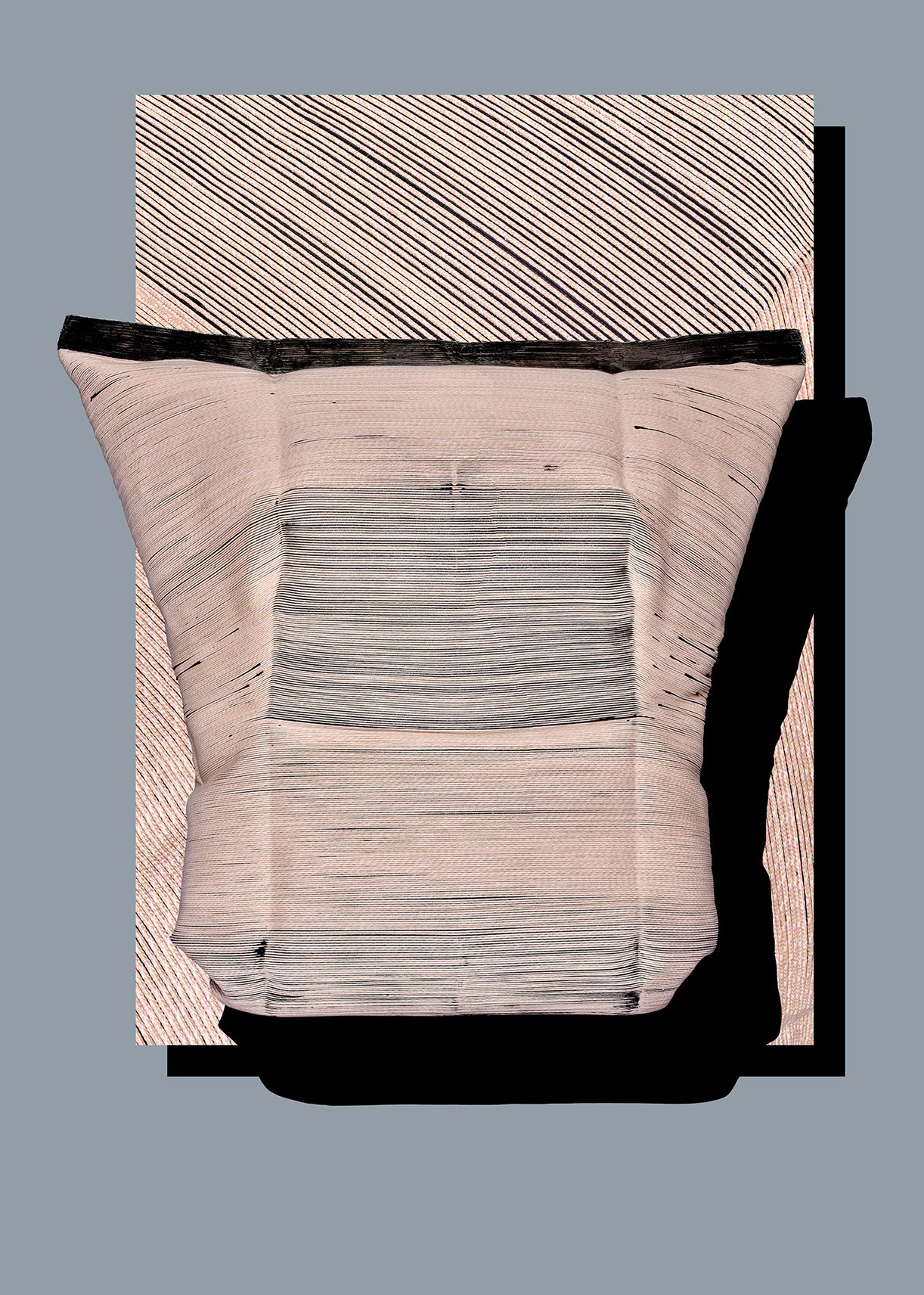 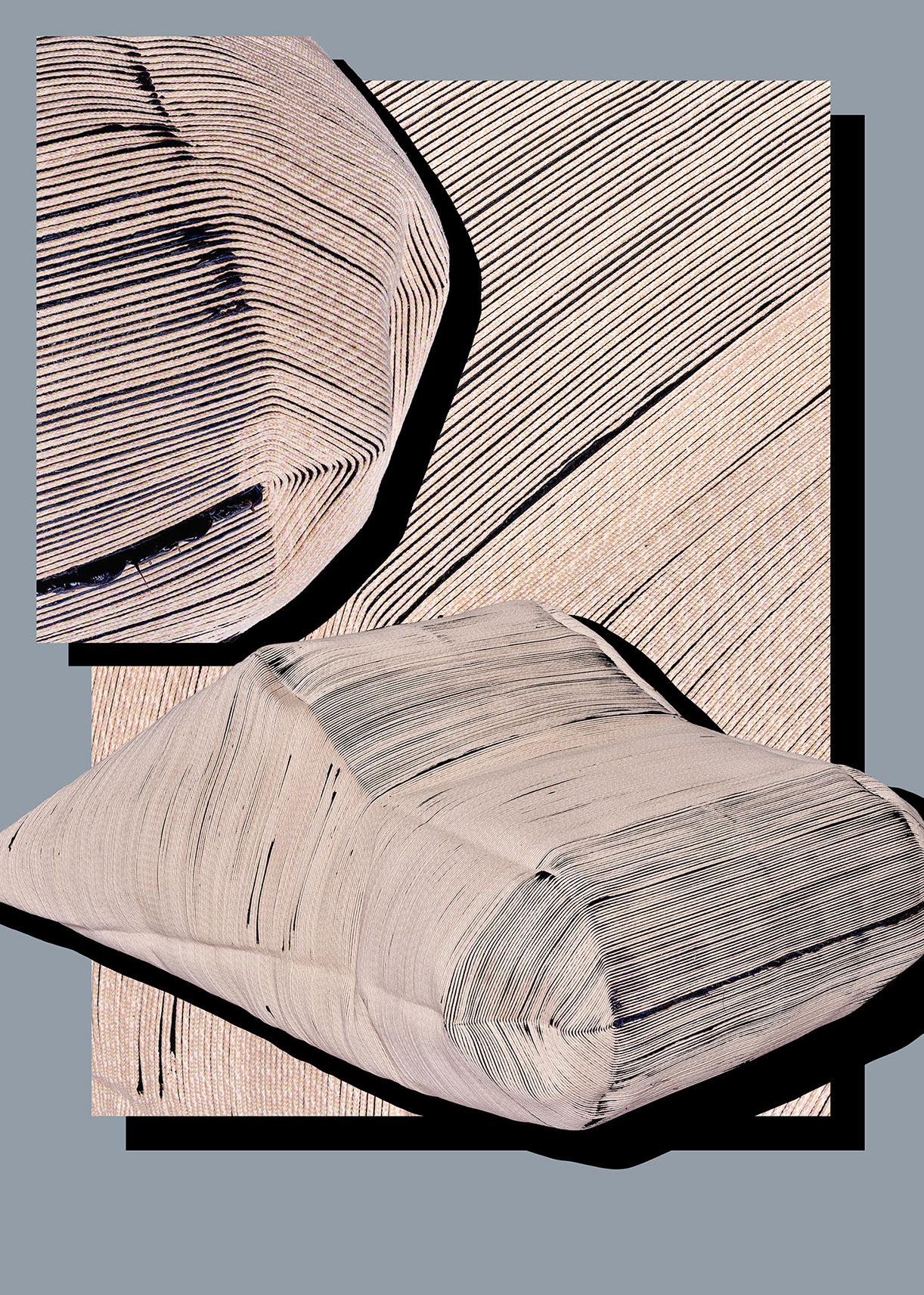 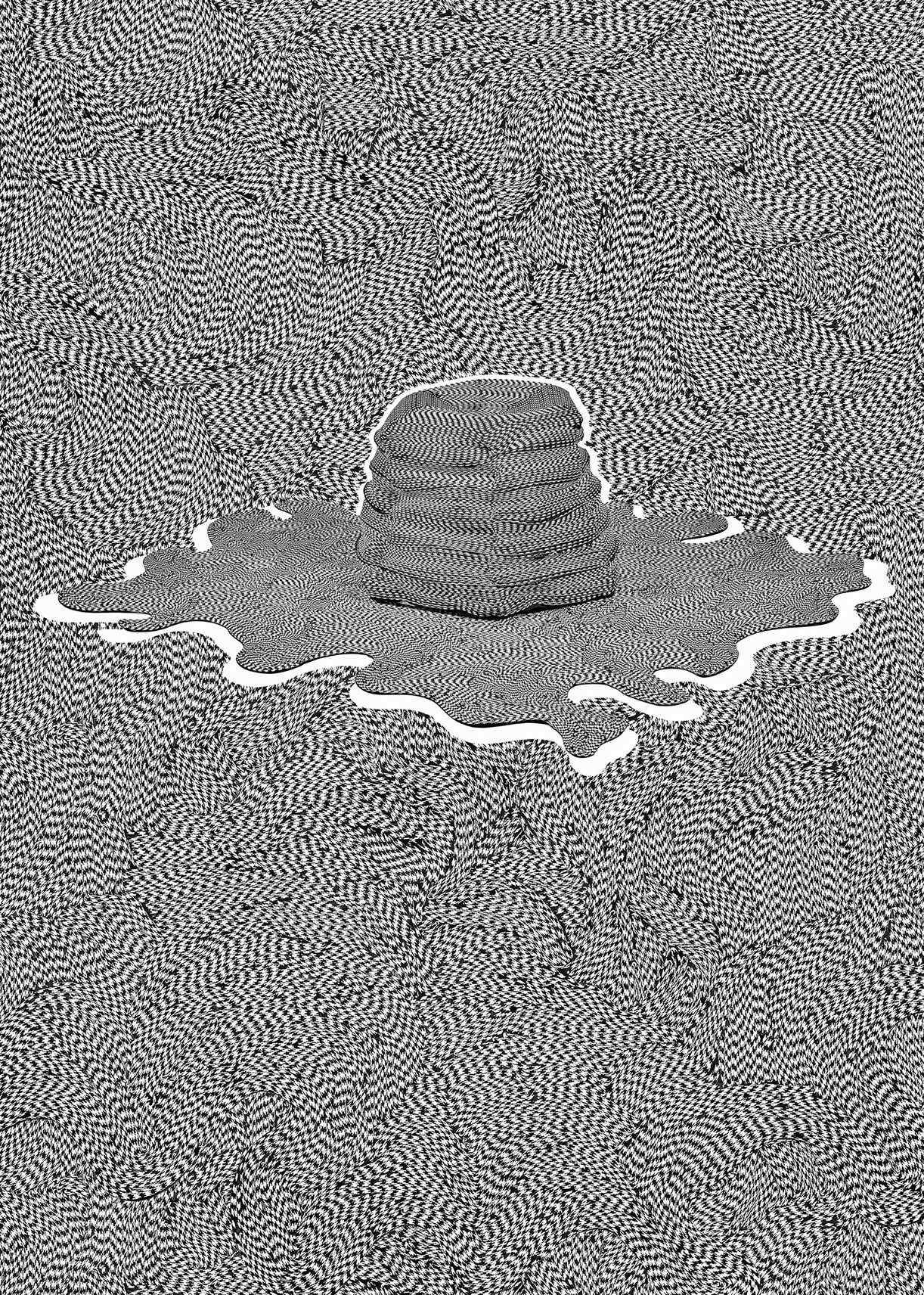 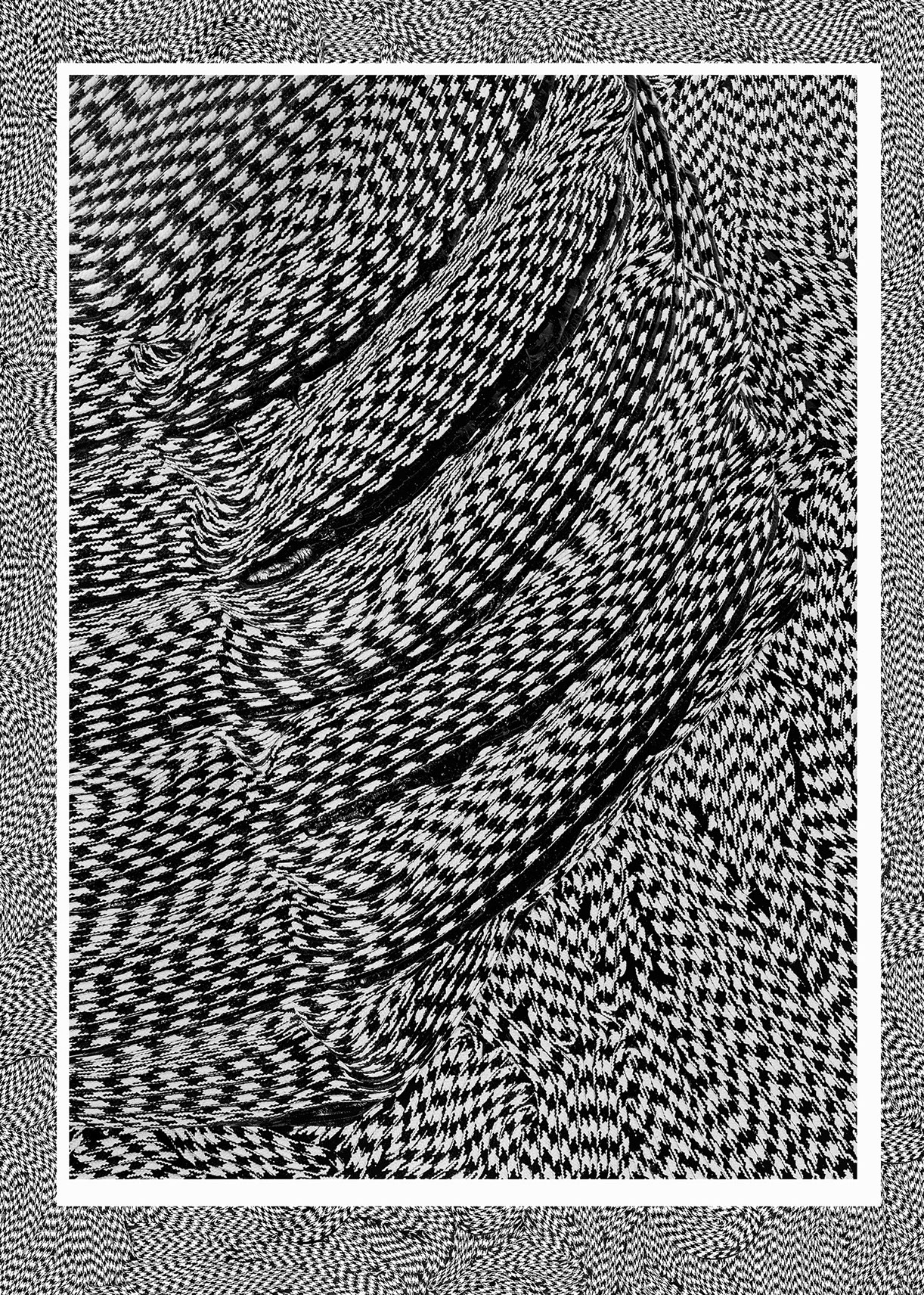